As is mostly the case these days I’m venturing from music place to watering hole in search of good music and great atmosphere. It’s all new to me. I suppose I could be likened to a wide eyed child, due to the fact that while finding these little gems in the city I am taking the opportunity to experience genres of music I might not necessarily have been exposed to, even in London.
The Hard Rock Cafe has found a home in Herastrau Park, Bucharest slap bang in front of the river, spitting distance from the main car park entrance and at the tip of the amusement park. Hard Rock Cafe holds blues evenings most weeks and has had an array of local, national and international acts.
Charlie Musselwhite’s in town. He’s a guy who ‘hung out’ with his peers, the likes of whom were Elvis Presley, Jerry Lee Lewis and Johnny Cash. Dan Aykroyd as a student heard Charlie play in clubs about town and was so enthralled by his charisma, slick playing, dark suit and shades that he conceived the ‘Blues Brothers’ with Charlie in mind.
He describes his music as ‘a conversation’ that communicates to different generations and genres, which is probably why I witness so many people of mixed age and walks of life in the audience at the Hard Rock Cafe, on the 17th May.
I strike up my own exclusive conversation with the great Charlie Musselwhite...

LC – You’ve had a busy day today flying from your gig yesterday (16th May) from Piacenza Italy. Now you’ve had a busy evening here at the Hard Rock Cafe. How are you feeling?

CM - Ooh I feel good, we’ve had a good night and everyone’s happy.

LC – And when are you next flying off?

CM - In about 2 or 3 days. The band is going home in the morning, but my wife and I are staying.

LC – Are you going to have time to sight see in Bucharest?

CM – I wish there was a flea market to go to... Well if there’s no flea markets maybe there’s some stores that are second hand, used things, thrift stores...

LC – You missed the big one it’s on Saturdays and Sundays... Have you been to Bucharest before?

CM – Before what? (Chuckles) That’s a joke... No I’ve never been here before, but I hope it’s the first of many visits.

LC – You’re on an extensive tour that takes you back to the US. What keeps you motivated and touring?

CM – Well all those people can’t come to my house, so I go around to where they are.
It’s rewarding. I mean, it beats working in the factory... and it keeps me outta trouble.

LC – What inspires you to keep the music alive and to keep going?

CM – I love the music. Even if I didn’t have a career in music, I’d still be playing it. It’s something I do. It never was a goal of mine. I never had a plan to be a musician... it just happened. The blues overtook me.

LC – When were you first exposed to music and at what age did you take it a step further?

CM – I always liked music even since a little kid. I can’t remember not hearing it, it was on the radio. In Memphis, Tennessee where I grew up there was the street singers that played blues and I was fascinated by them. It was just all around me. I like all kinds of music, gospel, rockabilly... Johnny Burnett was a rockabilly guy... in fact Johnny and Dorsey Burnett lived across the street from me.

LC – What a neighbourhood!

CM – Oh yeah, I mean, I went to school with Johnny Cash’s brother Tommy. I used to see Johnny all the time. I had Elvis’ phone number to find out where the party was at... I’d call up Elvis and say ‘where’s the party tonight’, cos he’d rent a theatre and he’d show the latest movies or he’d rent the fairgrounds where all the rides were free or he’d rent the skating rink. It’d always be from around midnight til 6 in the morning or something.

LC – You have really happy memories of your early years in the neighbourhood...
CM – Yeah, I just wished I’d been paying more attention. It just seemed... well you know, like Elvis was a poor boy from Mississippi just like me, you know. The thing about Elvis was, he was a guy, that combed his hair like we did and dressed like we did...

CM – No he didn’t. Yeah, he was just one of us. And then when he got famous, it made us poor boys from Mississippi say ‘hey, we’re OK’.

LC – Why is Mississippi so special? Is it the rugged terrain, the river, the Delta...

CM - I don’t know. People talk about it all the time and you can’t really get, it’s something you can talk about and talk about but you can’t ‘get it’ unless you go there. And then you go ‘Oh, yeah!’ It’s beyond words. Some of my earliest memories are from there, cos my mom grew up around there and we had friends, relatives there...

LC – Your mums been very influential in your life hasn’t she?

CM - Well it was just me and her growing up. My daddy left. My mom and dad split up when I was four years old and I had no brothers or sisters, so it was just me and my mom. She was never prejudiced and she always taught me not to be prejudiced. The way she put it was, ‘ God made everybody and if you disrespect somebody cos of their colour, whether they’re rich or poor or for any reason, you’re disrespecting God’s work!’ And she was a Delta girl, she was born in the hills where I was, but she grew up in the Delta.

LC – Can you tell me about the link between you and the Blues Brothers?

CM – Well, what Dan Aykroyd told me on several occasions, was when he was at college in Canada, there was a club that he’d hang out at ‘The Owl’ and I used to come and play there regularly and he would see me there. We didn’t know each other then, we didn’t talk or nothin’. In those days I wore shades and a black suit... he saw that look and then adopted that look for the Blues Brothers. He had me in the movie, ‘Blue Brothers 2000’ and I’ve been to his home and we’re good friends. He’s a good guy.

LC – Tell me about your Cameo appearance in the film ‘Pighunt’. 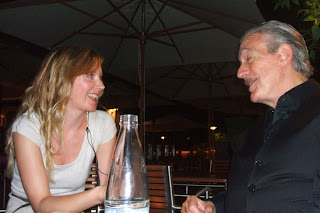 Dear fellow Cozmanauts, The long awaited Lockdown EP by Lu Cozma and Steve Askew will officially be released on iTunes on the 4th March, 2013. All EP & album release info, concerts, support gigs and festival updates can be found by logging on to http://www.facebook.com/LuCozmaOfficial & http://www.lucozma.com/ We’re also happy to announce being guest support for the John Young Band http://www.johnyoungband.com/ and Fish (former Marillion frontman) http://fish-thecompany.com/ Looking forward to meeting up at a gig near you and bringing our music to you via iTunes … Lu Cozma xx
Posted by Lu Cozma at 7:54 AM No comments:

Hi Folks, Steve Askew and I and Reddot Music are getting ready for a new EP release and a new album, 2013. It's such an exciting time - I'm looking forward to getting on the road bringing new songs as well as the RED tracks to you all. There's been lot's to focus on, hence the reason for bloggie silence for such a long while. We now have a fabulous website live and news will be brought to you as it comes in... A promo vid', new songs and tour for 2013 will be announced in due course. Lu x
Posted by Lu Cozma at 3:08 AM No comments:

LU is looking forward to getting back in the studio with fellow musician/producer Steve Askew in the summer to record tracks for a new album to take out on the road.

LU is also proud to announce her partnership with UK based RED DOT Music and Management who are now actively involved with the follow up to Lu and Steve’s debut album RED.

http://www.myspace.com/lucozma
Posted by Lu Cozma at 4:17 AM No comments: 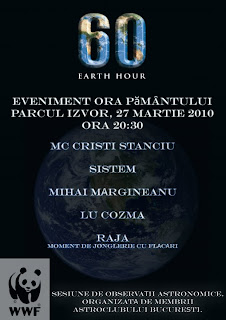 Follow this link to find a brief insight into what is behind the event and what happened on the evening. http://exposureroom.com/earth_hour_bucharest

Many thanks Cristi.
Posted by Lu Cozma at 12:57 AM No comments:

LU has teamed up with World Vision to help the welfare of children and families in rural communities.

LU's album RED is now available through http://www.charitygift.ro/ and costs 25RON. All proceeds will be going to World Vision Romania to help children from the 'Colinde' group in Ialomita make their first CD of Romanian folk songs.

Please support this worthy cause and buy a CD. Charity comes naturally and only takes a few minutes to go online and make an order...

There is also an article on LU's partnership with World Vision with Avantaje magazine http://www.avantaje.ro/Timp-liber/Stiri-si-evenimente/Lu-Cozma-canta-pentru-familiile-din-comunitatile-rurale.html?a=6023/1258636

Many thanks for your constant support and friendship...

Valentine's day may be over but the lurv month of Feb' continues in Romania with Dragobete.... Whoohooohooo!

Music clips from my album RED are available on e-cards through http://www.feminis.ro/

Scroll down to the end of the page on audio clips/photo's and take your pick, then send to your loved one.